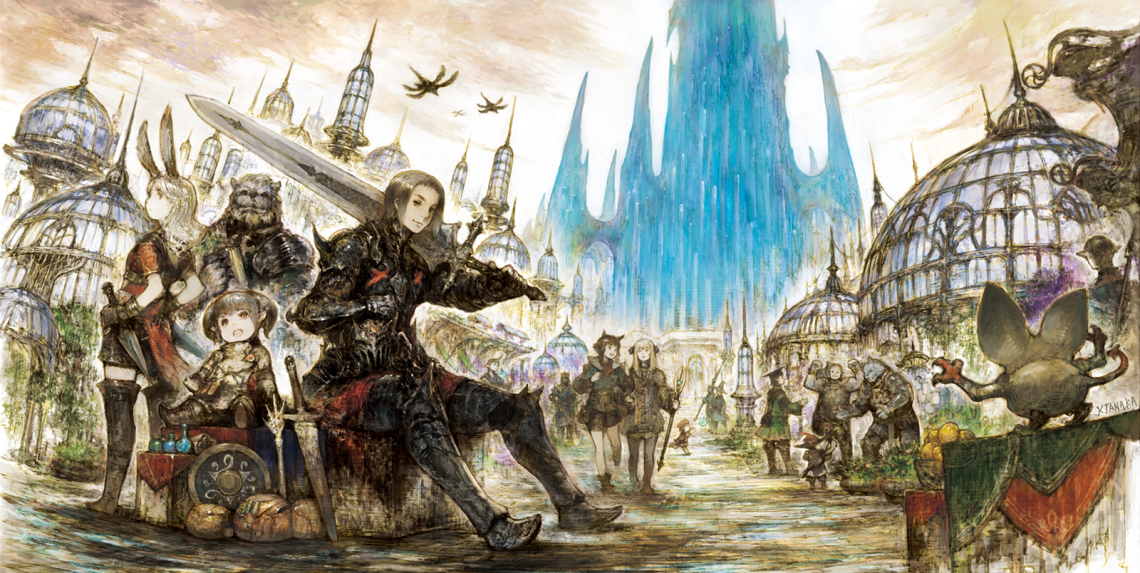 The third-party program ACT (Active Combat Tracker) is a real-time combat log generator, created by people who raid in MMOs (massively multiplayer online role-playing game) to track their DPS (damage per second)—it is an essential tool for players who want to take their raiding progress in MMOs to the next level. In this article, I’ll be going over using the ACT Tool and Final Fantasy XIV’s live uploader tool. For more information on my static group, the schedule is listed here, and I stream on Twitch every Friday and Sunday. You can also check me out on Final Fantasy XIV’s Lodestone here. If you’re interested in my battle logs, just look me up on FFLogs: Miss Moonie on Hyperion. 😉

DISCLAIMER: Do not EVER under any circumstances use this as a tool to harass others! ACT is a tool only for improving your skills and bettering yourself in raid content to be the best you can be!

ACT (Active Combat Tracker) helps calculate uptime, damage, and the skill level you’re currently playing at on your class in comparison to others. ACT is an essential learning tool for raiders who are looking to improve their skills, and is not meant for attacking others in-game! ACT is only available on PC—for raid players who want to track their progress on console, you’ll have to request assistance from a PC user who is in the same party as you. 😊

ACT is an amazing tool to self-improve, but it can disheartening when you realize the people you’re silently competing against aren’t putting much effort. It’s exhilarating when there’s someone running the same job as you and pulling slightly better numbers—but being able to see another party member not giving it their all in higher-tier raids can make you jaded. Just remember to take a break, and always use ACT for further self-improvement—never harass a party member!—in fact, it’s best if you avoid bringing the topic up at all.

Tools like ACT are technically against the rules, but Square Enix has made an exception to this rule so long as you do not use it as a means to harass other players in the game. Square Enix will and has banned players in the past.

ACT produces data that can be processed with the Final Fantasy Log uploader (explained more below). This toll will upload your ACT data to the FFlogs website, which can provide a number of different insights and analysis both for your own play and for the execution of your entire group.

Some basic terms to look for in Final Fantasy logs (some basic things you can learn from your logs):

Parse %: Parse % rates DPS and Healing. Perhaps the quickest way to pair yourself up against other members in your party; simply look and see what number you get. There are seven colors: gray, green, blue, purple, pink, orange, and gold.

Damage Taken: Damage received from enemies. If you find yourself dying to a mechanic over and over, you can see how much damage it’s doing, and adjust with cooldowns (especially useful for tanks!) Also useful for figuring out when to pop DPS mitigation such as Machinist’s “Tactician” skill, etc.

You can even use FFlogs to see what abilities hurt the most (or who took the most damage! 😉), who had a debuff (debuffs will sometimes decrease damage and increase damage taken!), deaths, how long the fight lasted, the boss % you reached before the wipe, who used potions/foods; you can also compare log uploads.

When it comes to DPS meters (parsers) in Final Fantasy XIV, Yoshi-P stated that they will never be added into the game. The Final Fantasy XIV team does not actively hunt down people using them, and the team also stated that they’ll never be installing spyware to check what’s on your computer, because, you know, that’s illegal (not that that stopped ArenaNet from doing it).

If you’d like to read more about Final Fantasy’s Rules & Regulations, check out the full post in the Support Center.

Notes from Yoshi-P During the February 6, 2020 LiveLetter:

Yoshi-P: “We’ve been turning a blind eye to ACT as long as the elitists don’t harass, but nude mods is beyond what we can stand.”

TLDR: don’t harass people with it, and don’t have it up on stream!

The team will never add an official parser, and they stated that just having ACT installed will not get you banned. Mods that add textures and add/remove clothing is frowned up by Square Enix and can result in a banned account, but using ACT responsibly will not. What’s the fun in using appearance mods that may result in a ban? There isn’t. It’s not allowed. Don’t do it. We’re just focusing on how to read ACT in this article!

If you haven’t done so, it’s worth checking out the LiveLetter translation on the Final Fantasy XIV Discord channel to read Yoshi-P’s stance on third-party tools. Look in the “translations and liveletters” channel!

How to Install + Setup ACT

Click “Options” at the top, and click “Show Startup Wizard”. ACT will walk you through setting up the plugin. Be sure to download/enable the “FF XIV Parsing Plugin” as you come across it in the ACT installer.

This plugin contains the Final Fantasy XIV extractor for ACT (there are other plugins which allow ACT to parse the data for other games). It captures the network packets sent/received by the game and additional data from memory and writes that information to a log file. ACT then reads that file and parses it with help from the plugin.

You should also enable the “Auto Version Check” to keep everything updated and running smoothly. Every time you launch ACT (granted you’re connected to the ACT), it will detect if you are using the latest software version, and prompt you to update when possible.

As an extra precaution before you begin parsing in-game, any changes you make should be first tested. I would be sure to use the “Test Game Connection” tool located in Plugins > FFXIV Settings > FFXIV Game Data.

ACT should always be run as Administrator and excepted from Windows Firewall to make sure it works properly. This is because ACT uses memory reading and packet inspection to collect accurate data, which Windows doesn’t allow by default. Once that’s completed, you’ll probably want ACT to to be setup as an overlay in Final Fantasy XIV so you can see the numbers as you go in and out of raid instances. To do that, find your ACT folder. On a Windows PC, an easy way to do this is to press the Windows key on your keyboard, search for ACT > Right Click > Properties. If you still can’t find the program, look in your C:\ drive for the “Active Combat Tracker” folder and right-click the ACT program here. Select the “Compatibility” tab, then select “Run as Administrator”.

When ACT first launches, it will take you through a setup wizard. 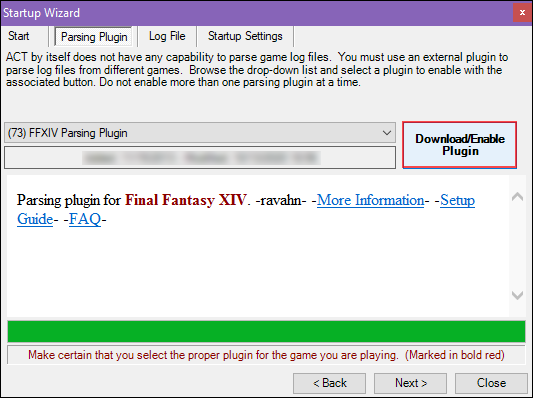 When prompted “Will ACT be used for Final Fantasy XIV?” Choose “Yes” and click “Next”, then close to accept the default settings. At this point FFXIV_ACT_Plugin.dll should be enabled in Plugins > Plugin Listing.

Next, enabled the overlay. 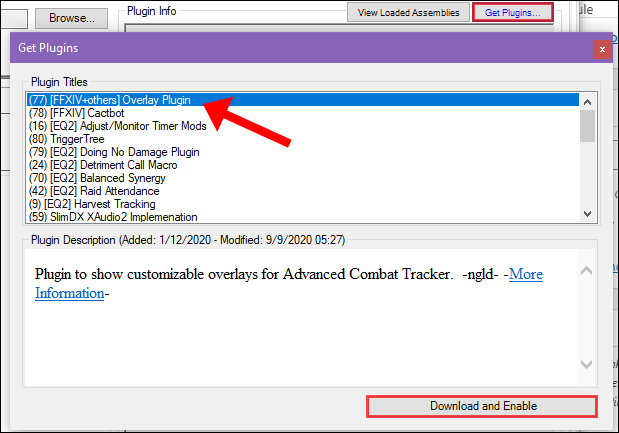 In the Get Plugins window (to the right), select the [FFXIV+others]Overlay Plugin option and click on Download and Enable. This will add the latest OverlayPlugin to ACT (the OverlayPlugin auto-updater may also run during this step).

The OverlayPlugin should now be setup. Click on the X to close the Get Plugins window. Restart ACT, and go back to the Plugins menu and “OverlayPlugin.dll” tab. Click “New” near the bottom of the window, and type in a name like “Overlay” then select the drop-down arrow under the “Preset” dialog box, and select Kagerou. You can select any of these, but I really like Kagerou’s overlays. Click “Ok” to close the menu. You can click and drag this overlay where you want on your screen. Keep in mind that this overlay will be on top of your Final Fantasy XIV game client while you’re raiding, so make sure it is placed somewhere not in the way of anything important…like your health bar. 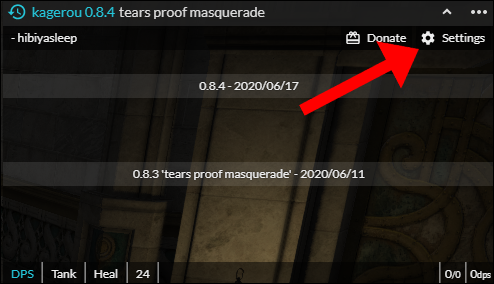 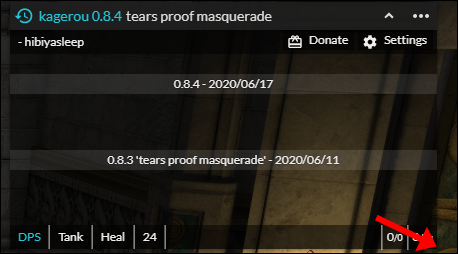 At this point it is recommended to restart ACT before continuing on.

If you’re interested in sharing your logs (example) in a live tracker with friends or your raid teammates, you’ll need to upload them to the Final Fantasy log uploader. Download the program here, and run the installer. The application will ask you whether to install for all users or just yourself. Click on the Install button after selecting your choice then Finish once the installation is done.

Note: You will need to register for an FFLogs account in order to upload logs. 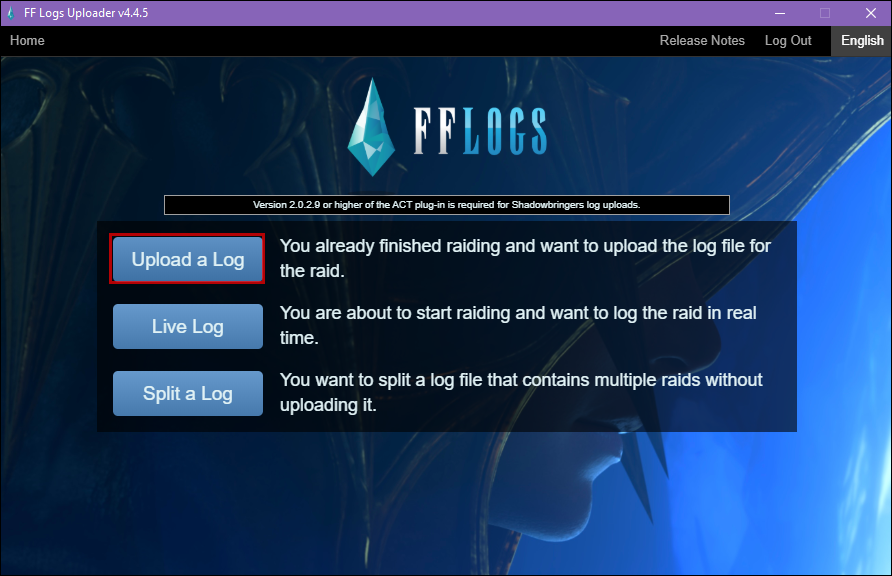 In the File Explorer, navigate to the folder where the log is saved. The default location is at %APPDATA%\Advanced Combat Tracker\FFXIVLogs. You can copy and paste that path in the explorer bar to go directly to the default folder. In the log folder, selected the desired log to upload, and click on Open. To ensure the latest log is on top, you can sort by Date modified.

Choose the desired access level for the log: Public, Private, or Unlisted. Public will be ranked and Private and Unlisted are un-ranked. Anyone will be able to view a Public log. Private logs can only be viewed by you. Unlisted logs can be viewed by anyone with the link to the log.

If you want to upload only a specific encounter, toggle the Select Specific Raids To Upload option, then click on the Go! button.

Select the specific encounter you want to upload from the list and click on the Go! button. You may select multiple encounters by holding Ctrl or Shift on your keyboard.

Note: this view is only available if you selected specific raids to upload.

To see your numbers while you’re playing, simply launch ACT before you enter a raid instance. That’s it. That’s all there is to it.

If you’re really serious about joining a static group, you should consider parsing on dummies outside of combat. This way you can show other players what your skill level is, and practice your class/rotation in a controlled environment. They can be crafted and they are sold on the marketboard. There are several areas that have combat dummies, but the best solution is to visit a Free Company house (or personal housing) in the various housing districts (players have these all over their yards—just meander around until you find one). Be sure to use a training dummy that is the same level as your character (training dummies are level 60, 80, and so on).

If you practice your rotation on a dummy that is below your level, you will either see your skills missing (if the dummy is a higher level) or the dummy will die too quickly if the dummy is a lower level; it will also repeatedly cleanse your “dots” (damage over time)—like White Mage’s “Dia” skill.

The New Livestock Affection Limit In ‘Friends of Mineral Town’