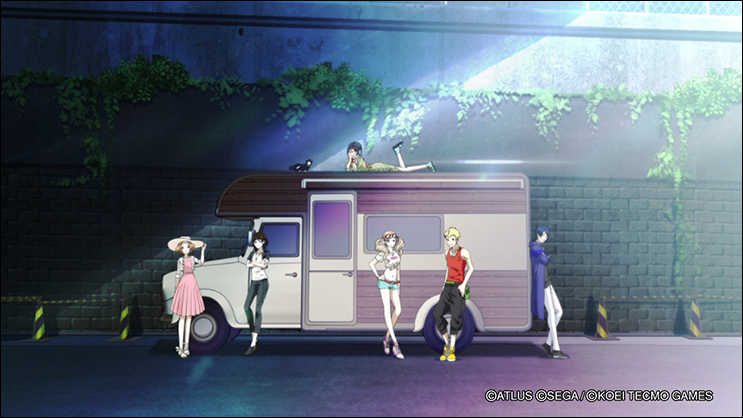 The Phantom Thieves are back in Persona 5 Strikers to once again save the hearts and souls of millions—but  if what you’re expecting is a familiar sequel, think again. Upon first loading the game, the familiar animations hit you in the face, and the Phantom Thief team dashes through the screen in all of their glory. And similarly to the beginning of Persona 5, you view a scene of Joker pulling off a super big heist, but the familiarity stops there.

By typing in a passcode and adding one of these Palace rulers as a friend in the application, you will be sucked into the Jail, and your desires will be stolen from you—which will make you incredibly loopy and weird in the real world—sounds pretty familiar to what happened to the affected citizens in Persona 5, right? And for the most part it is. 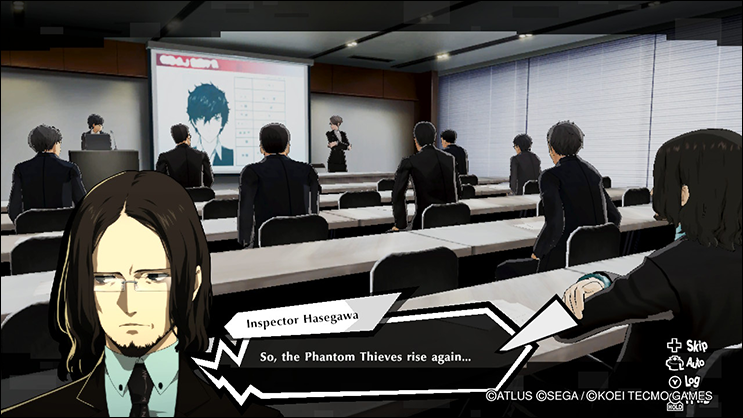 This time around, Palace rulers (now known as “Jails”) are stealing Desires of citizens through a downloadable phone application called “EMMA”, a new, powerful virtual assistant created by a company called Madicce, that can search databases, conduct navigation, manage your schedule, and even talk out logic problems with you. EMMA is a little different than the metaverse navigator that only the Phantom Thieves had access to in Persona 5; this time, you can simply uninstall it from your phone, but if a normal human were to put in a jail passcode and enter a jail, once they’re desires are stolen from the Shadows, they are brainwashed and unable to uninstall the application, making it very dangerous on a much larger scale. 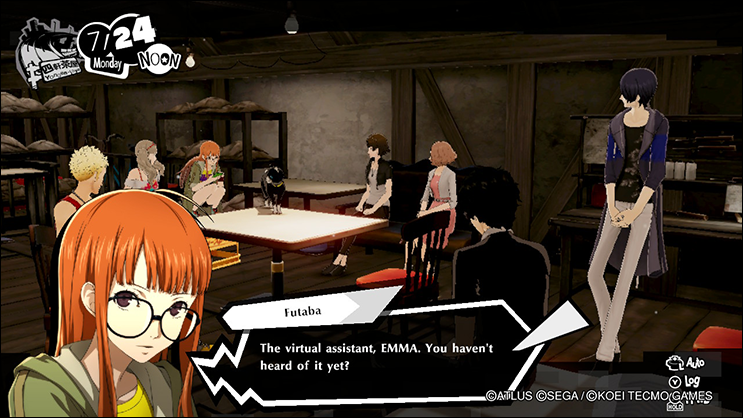 In Persona 5 Strikers, you hop in your little minivan that you borrow from Sojiro, and bounce around from one city to the next, stopping along the way to take care of any Jails you come across. You don’t spend your days considering if you should go to Momentos, or spend time at your part-time job to increase your Knowledge stat, or building social links with the multitude of teammates and NPCs in the game—in fact, not much thought goes into your daily routine at all, and I found myself craving that the most. The responses and reactions don’t have any negative impact anymore, and I found myself not caring all that much about how I responded to my teammates when they asked me a question, unlike Persona 5, where almost every response mattered significantly as it counted towards your relationship with that character.

Additionally, the beauty of the Persona series (to me anyway) was the multiple different ways I could choose to spend my time—with friends or battling in dungeons to level up my skills and create powerful Personas to assist me in combat—spending time with everyone outside of combat went hand in hand with my effectives in combat and being able to juggle my time between the two was incredibly challenging but also fun and rewarding. 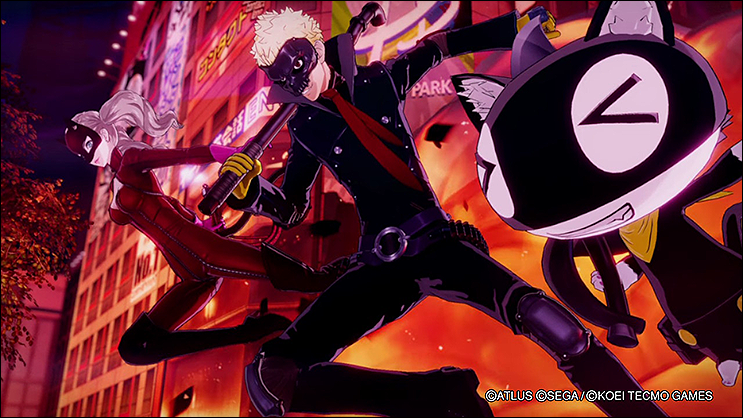 All of that has been removed in this game, and it really brings to light just how much time you spent doing all of those extracurricular activities and planning your time in the previous Persona games. In Persona 5 Strikers, you’ll find yourself reading some dialogue, doing an investigation to get into a jail, then jumping in and out of jail after jail, multiple times in a day (literally—you can leave and go back in on the same day for a full-heal without penalties), beating the boss and moving on to the next thing…did I mention you can clear a jail in one day? After the first jail, I started to get a little bored, but the story kept me going, so there’s that. I would say getting to the end of the story was my biggest motivation for finishing this game.

Persona 5 Strikers still has features that Persona fans are used to—such as the calendar, Persona fusion, and dungeon crawling, but there are so many things it’s missing from the Persona series that makes the experience really weird for those who have played these games before:

The introduction of a battle/fighting combat system is probably the biggest change in the Persona series. The glory days of turn-based combat has been removed in Persona 5 Strikers, and it’s a pretty fresh experiment—it’s also incredibly challenging and forces you to use your brain and strategize a little bit harder than what you may be used to. You can jump to light fixtures in combat to avoid attacks and spring yourself from a roof to perform an ambush on an enemy—honestly, it’s brilliant.

The new battle mechanics are a little difficult to adjust to at first. It’s very fast paced, and sometimes you’ll miss support commands such as “Follow Up” because things are so chaotic and constantly moving without breaks, but once you get the hang of it, you’ll find yourself swinging from light pole to light pole and dropping yourself on enemies left and right with ease. Spin to win, am I right? 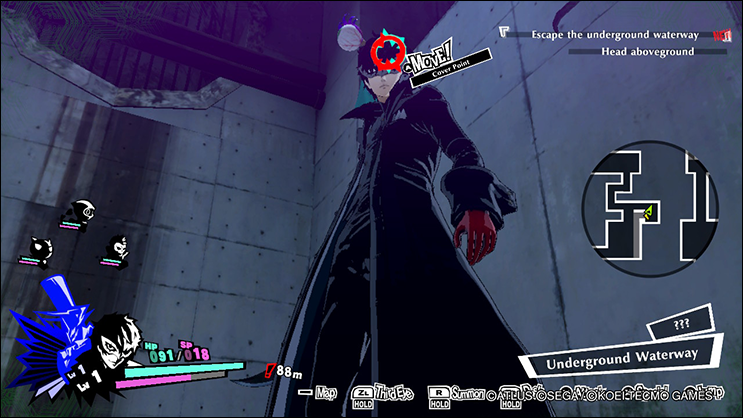 And if you screw up, you can just opt to try the battle again and this time, use a Persona ability to hit the enemy’s weakness then perform an “All-Out-Attack” to get the job done quickly. You can restart a fight as many times as you want if you lose, and there are so many ways to approach a fight, so even if you’re a little low on levels you can easily turn the tides in your favor by adjusting your strategy.

Persona 5 Strikers doesn’t drag on as long in comparison to Persona 5 due to the several features and mechanics that were removed, and maybe that’s for the best, because the linearity got tiring within the first 10 hours of gameplay. You can fuse Persona based off your current level now, so you can still get the ultimate Persona… but why would you? There isn’t any end-game content. Persona 5 Strikers doesn’t have any re-playability. Bond skill is cool but there aren’t many ways to build your bond skill outside of the story and beating up enemies in the jail.

There aren’t any difficult decisions to make. Nothing you do will screw up gameplay or harm the story or anything like that…. TLDR it’s so linear you don’t have to think. At all, really.

The Good: Story-wise, the game is a great sequel to Persona 5, and the addition of an adult member to the cast is refreshing, interesting, and even hilarious at times.

The Bad: The action gameplay suffers from severe balance issues (so. much. crowd. control.), with the player being able to trivialize every single battle in the game with spells and SP-restoring curry. Also, as said above, the game was very linear without options or side-quests to deviate from the main story.

Conclusion: Persona 5 Strikers is a definite must-play for fans of Persona 5’s story and characters. One should not, however, have excessive expectations for the gameplay.

Be sure to check out more of my game reviews here and follow me on Twitter to get notifications on my published articles! ♥♡ 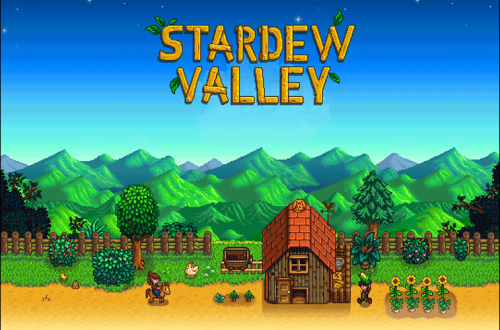 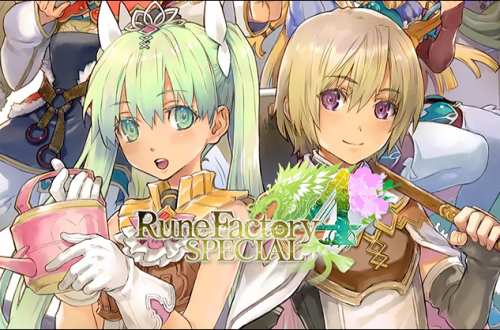