“Fire Emblem: Three Houses” has launched on Switch, and to the surprise of many, it’s pulling in very, very good reviews (with an OpenCritic score of 88), with many praising it as a big leap forward for the series.

I’ve played games in the franchise since “Fire Emblem” was released on the GameBody (remember Eliwood, Lin, and Hector?) and I gotta say, this game has came a long way. I had just about lost hope when I picked up “Fire Emblem: Awakening” (“Fates” was awful, too) and several fans will agree that this is the best game thus far (well, besides the classics, anyway).

You start the game as a young Byleth (you can choose male or female), a mercenary traveling with her father who quickly finds herself entrusted with the academic success of a group of high-school kids. At first, they are very suspicious of you (heck, I’d be suspicious too if someone the same age as me suddenly got hired on as my new professor at an esteemed academy) (side note: what the heck happened to the previous 3rd professor, anyway?) I chose Edelgard as my Lord, the leader of The Black Eagle house, and they do a really good job with the dialogue and they did a great job with the ongoing theme of Fire Emblem. Going against former friends and loved one based on a choice isn’t new to the franchise. In fact, it was the major selling point of 2015’s “Fire Emblem Fates”, which prompted the player to pick between their birth family and their adopted family — and fight against the side they did not chose; “Fire Emblem Fates: Birthright” and “Fire Emblem Fates: Conquest”, respectively.

As I’ve been playing through “Fire Emblem: Three Houses” I’ve realized just how much that concept fell flat. In “Fates”, you didn’t have the choice to hang out with “the other side”. It lacked the build-up affection for the opposing characters before you have to kill them, nor did “Fates” take the time to mourn them after. I remember purchasing “Conquest” and I remember taking the opposing side (Birthright) out with my well-trained team and I had no emotional connection whatsoever. It was just one chapter after another. I don’t even remember their names.

Slaying through more minor characters becomes trivial, but “Fates’” greatest offense happens when killing off major characters. Even though they’re your family, the deaths feel stale. As I played through with the family that adopted me, I felt a much stronger connection to them, and far less to the enemy. The “Birthright” family didn’t feel like family at all and maybe that was the appeal.

The deaths in “Three Houses” feels real, even for the characters that aren’t my students. We’re introduced to Jeralt at the beginning of the game, and while he isn’t a student, there’s plenty of dialogue with him that that resonates a familial connection between you and the character’s father.

But in “Three Houses”, when my characters die on the battlefield, I feel it. It does a great job of connecting you to all of the characters, right down to the commoners. And if they die, it’s all your fault.

In contrast, “Three Houses” manages to make every character death — no matter how trivial the character — weigh upon me. In the first section of the game you have a few mock battles with the other classes and to everyone attending, it’s just another rivalry battle, there’s no bad blood, but that all changes later. Spending half the game with the characters means that by the time the time-skip comes around and they eventually turn on me, I’ve already built up camaraderie and affection for everyone. I play through the time-skip heart broken because I know I have to take down my former allies.

After the battle is finished, I return to the monastery and do my rounds of talking to students. All of them are somber, some offering a few thoughts about how horrible it was to see their classmates defeated. “Three Houses” presents the fallout after the heartbreak that “Fates” lacked. Most characters offer remorse.

I still have a few chapters to play, but if the death of a minor character who I didn’t even like in “Three Houses” made me feel much sadder than my literal family members dying in “Fates” is any indication, I’m in for an emotional storm. 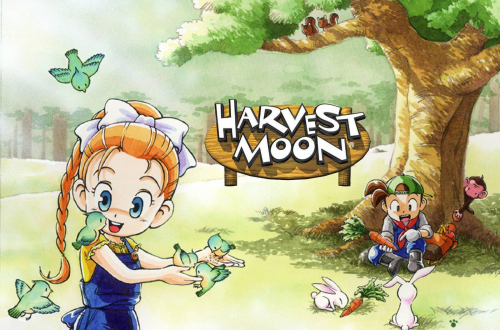 ‘Harvest Moon’ Isn’t The Same Game You Grew Up With